Approximate and subject to change. More details will be published closer to the event.

The Tremeloes, featuring Chesney Hawkes. Who can forget 'Silence Is Golden', 'Suddenly You Love Me', 'Even The Bad Times Are Good', '(Call Me) Number One' plus many more!

Herman’s Hermits were one of the biggest-selling bands of the 60’s and are now celebrating their 55th anniversary. Formed in Manchester in 1964, the band has chalked up 23 hit singles, 10 hit albums, appeared in 3 major movies and have sold in excess of 75 million records. Hits include: 'There’s a Kind of Hush', 'Silhouettes', 'Can’t You Hear my Heart Beat', 'Wonderful World', 'A Must to Avoid', and many more.

Marmalade were the champions of the Scottish Beat in 1968, adding another dimension to the sound of the classic pop song, with great harmonies. Chart-toppers include: 'Lovin’ Things', 'Reflections of My Life', 'Falling Apart at the Seams', 'Cousin Norman', and their Lennon & McCartney composed number 1 smash hit 'Ob-la-di Ob-la-da'.

Special guest from the USA: Gary Puckett, with Union Gap, was one of the biggest-selling artists of the sixties with such hits as 'Lady Willpower', 'Woman, Woman' and his worldwide number one 'Young Girl'.

Joining the line-up are top musicians Gerry’s Pacemakers who will perform some of Gerry Marsden’s massive hits which include 'I Like It', 'How Do You Do It', 'You’ll Never Walk Alone', 'Ferry Across The Mersey” and many more! 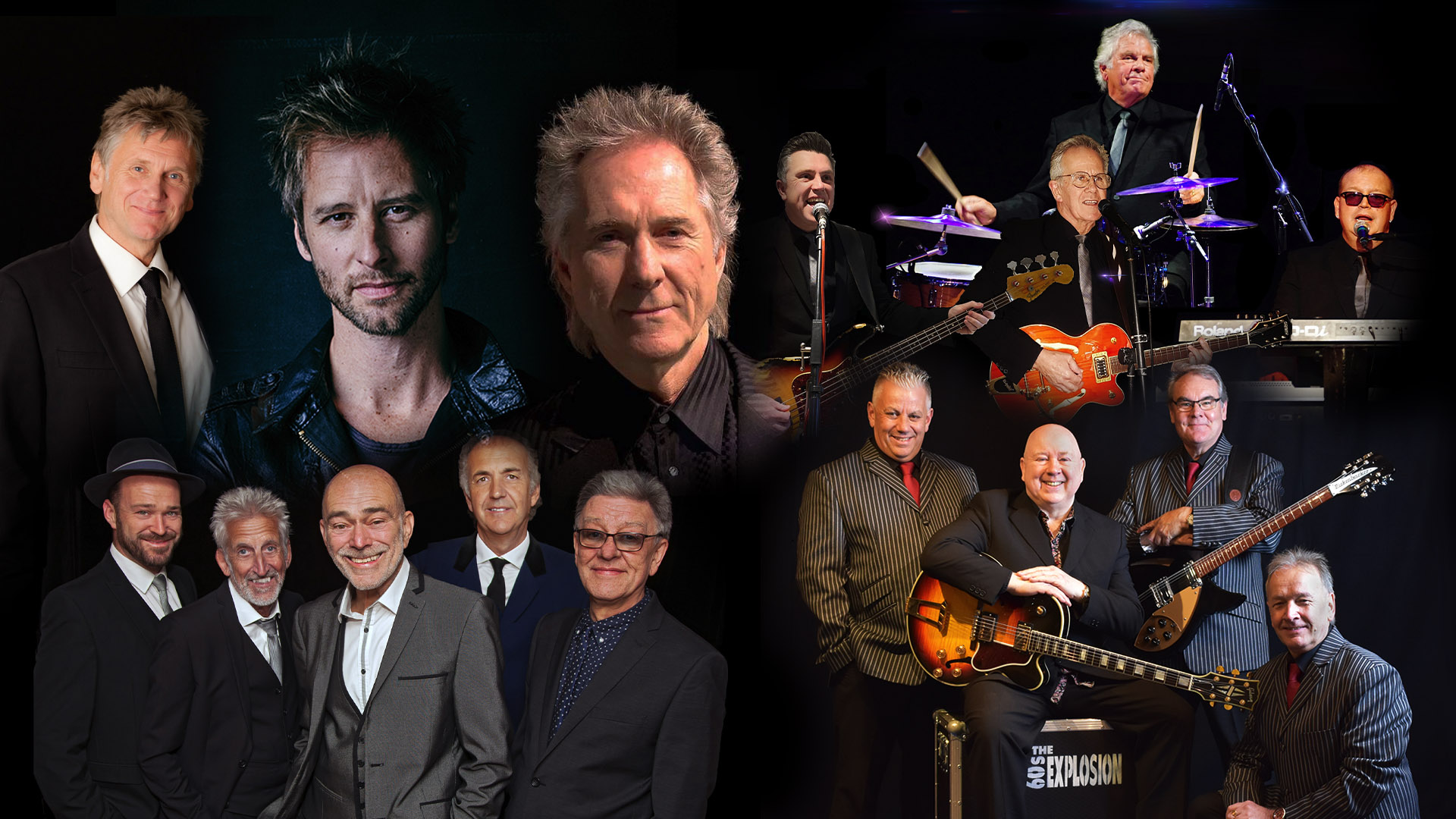